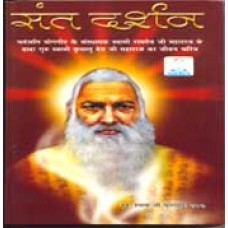 It is a narrative account of life events of

Yati Kishore Chand who later became known as Swami Kripalu Dev. In childhood he was known to his parents as Phul Kunwar,who had some extra ordinary events showing thereby that he is born to be great. He was born in Mewar,Rajasthan.He was in Varanasi to study Sanskrit from where he traveled on foot along bank of the river Ganges and reached Hardwar at the age of 18 years. He had many interesting incidences in life and worked for the uplift of down trodden people and established a library known as BPNK Sharma Public Sant Library. Later on in 1932 he purchased a piece of land and established Kripalu Bagh Ashram where he started a secret printing press to spread the message of freedom fighters. He was an ardent followers of Yog and made his place among yogis. The book presents various incidents of his life which are hair raising and thrilling.He had a reputation among sares of leaders of freedom fighting movement such as Bal GangadharTilak, Madan Mohan Malviya, Motilal Nehru, Gandhiji etc. as well as among yogis and intellectuals like Swami ShradhanandJi who is credited to establish Gurukul Kangri at Haridwar. It is a worth reading account of an enlightenedand brave personality who lived for others. This book provides a back ground history of Divya Yog Mandir(Trust).


Your Review: Note: HTML is not translated!

Enter the code in the box below: