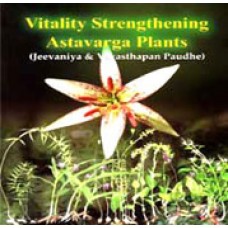 The Ayurveda is the science of life and has been enriched by several Rishis such as Aswani Kumars, Atreya, Bhardwaja, Dhanwantri, Charak, and Susrut etc. in the ancient India. During this early phase of Ayurvedic development, Ashwani Kumars, who has a vast reputation as Ayurvedic wonder healers, saw the old and frail, emaciated body of Rishi Chayavan, decided to rejuvenate his body through medication. Rishi Chayavan was borne in the lineage of Maharishi Bhrigu (who was great astrologist and made birth charts of Lacs of people which are valid even today). For this they invented Astavarga - a group of eight medicinal plants and did the miracle of rejuvenating the body of Rishi Chayavan as youthful.

Since then after the name of Rishi Chayavan the preparation was called as Chayavan Prash and has been a favourite and most demanded medicine for Kings and rich people. With the disappearance of Gurukul system of ancient education, which had more practical and less theoretical approach, the knowledge (practical in natural habitats) of medicinal plants started fading away coupled with no written details most of the medicinal plants over the several centuries a great confusion about their actual identity had taken its deep roots. This was the case with Astavarga which included eight plants species with their Sanskrit names as Rdhi, Vrdhi, Jeevak, Rishbhak, Kakoli, Kshirkakoli, Meda and Mahameda. All these plants have their natural habitats in Himalaya especially the north-western Himalaya. Their natural habitats are specific in ecological requirements and hence these occur only in small patches. Large and extensive areas are never found. Over the centuries of Ayurvedic history, many confusions about identity were further added. In Nighantus by various authorities, and commentators it was made clear that the Astaverga is even rare to kings and therefore suggested the use of substitutes. This suggestion put forth full stop on further efforts to explore these plants in their habitats. After independence and revival of interest in Ayurveda provided the necessary enthusiasm and also the taxonomic system of plant classification facilitated the task of correct identification of Astavarga plants.


Your Review: Note: HTML is not translated!

Enter the code in the box below: